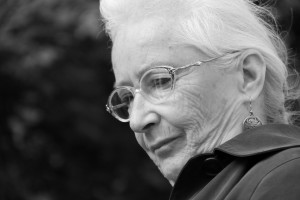 Brigitta Herrmann, Performer, Choreographer, Instructor, Lecturer and Workshop Facilitator with over Fifty years of extensive experience in building community through dance/movement and performance. Her artistic work was recognized by the National Endowment for the Arts, and the Pennsylvania Council on the Arts.  Anchored in the Mary Wigman tradition of dance, her work expresses her cross-cultural roots.  Her passion and commitment to awareness practices and transformation are reflected in her work.

Born 1938 in Weimar, Germany at the dawn of the 2nd World War, Gitta grew up in a household of musicians which lead to early involvement with performance in dance and music at the Deutsches National Theater in Weimar, Germany.

1962, Founding member of Motion Berlin, Germany, choreographing, performing and touring with the company in Berlin, West-Germany and Yugoslavia. Motion Berlin was recognized as the first post-war, independent avant-garde dance group to form in Germany in the 60’s.

1968, Relocating to Philadelphia, USA. Instant recognition with performances in Philadelphia and NYC at Judson Church and Jacobs Pillow Dance Festival lead to reestablishing the company in the US, now, incorporated as Group Motion Multi Media Dance Theater. Contributing over seventy works of original works of choreography and collaboration, touring nationally and internationally with the company.

Since 1970 ‘til present, Herrmann continues her collaboration with Manfred Fischbeck in their creation and facilitation of the highly acclaimed Group Motion Workshop, creation and development of dance improvisation, locally, nationally and internationally.

1988, Co-founding Ausdruckstanz Dance Theater (ADT), a dance company rooted in principles and philosophy of *Mary Wigman, and inspired by the work of **Pina Bausch.  Herrmann’s work has is featured in public television, WHYY Channel 12, toured in colleges, theaters and festivals, locally, regionally and internationally. 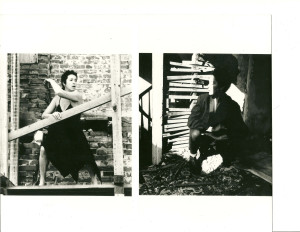 1989, ADT launched  DanceWorkspace, a dance center in the New Kensington area of Philadelphia, which ceased in 1996 due to an electrical fire.

2003 She returns to Philadelphia with new solo work: WANDERING MIND…AND MATTER; documented for the Philadelphia Dance Collection for the Art of Primary Resources in Dance.

2003 – present Present as a senior dance artist, Brigitta is sought out for her excellence in performance.  As a guest performer she participates with choreographers, Jerome Bell, “The Show Must Go ON”; Jeanne Ruddy, “Out of the Mist: Above the Real; Susanne Linke, “Quasi Normal”; Nicolo Fonte,  (world Premiere Evening-Length Ballet) “Beautiful Decay” for BalletX.; 2018 for the Philadelphia Museum of Dance she performs original work at the Barns Museum in Solo Forrest.

2008, Ausdruckstanz’s 2008 season was highlighted by Herrmann’s work PHYSIOGNOMY OF THE SPIRIT, an evening-length, multimedia production, supported in part by a grant from Dance Advance, a program of the Philadelphia Center for Arts and Heritage, funded by the Pew Charitable Trusts.

Semiannually, Brigitta conducts an intergenerational Community Performance Project series for Group Motion, and facilitates a mindful movement practice, Doing Nothing, check the ongoing page to see if this is in session.

Herrmann’s received awards include, The National Endowment for the Arts, the Pennsylvania Council on the Arts, and Dance Advance, a program of the Philadelphia Center for Arts and Heritage, funded by The Pew Charitable Trusts and administered by The University of the Arts, and commissions, including WHYY Channel 12, Spot Light Series, the Philadelphia College for the Performing Arts for CONCORD dance company; and the Philadelphia Dance Collection for The Art of Creating Primary Resources in Dance. 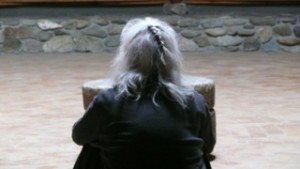 Places she has taught include:

*Mary Wigman, (1886 – 1973) was a German dancer, choreographer, notable as the pioneer of expressionist dance, dance therapy,  She is considered one of the most important figures in the history of European dance. She became one of the most iconic figures of Weimar German culture and her work was hailed for bringing the deepest of existential experiences to the stage.

**(Pina Bausch Philippina “Pina” Bausch[1] (27 July 1940 – 30 June 2009) was a German performer of modern dance, choreographer, dance teacher and ballet director. With her unique style, a blend of movements, sounds and prominent stage sets, and with her elaborate cooperation with performers during the composition of a piece (a style now known as Tanztheater), she became a leading influence since the 1970s in the world of modern dance.